The RISC2 project has launched a working group for a convergence between High Performance Computing (HPC), Data Science (including Machine Learning and Deep Learning) and large-scale Scientific Computing.

In addition to the workshop on Monday, the working group also held the tutorial “A Short Introduction to Physics-Informed Neural Networks”, which was given in-person by Romulo Silva (COPPE), Alvaro Coutinho (COPPE) and Antonio Tadeu Azevedo Gomes (LNCC), also with the participation of Frederic Valentin (LNCC) on the preparation of the material. More details at: http://carla22.org/pages/schedule/tutorials.html

During this event Luis Lamb from Federal University of Rio Grande do Sul, gave a keynote address: “From Learning to Reasoning in Neurosymbolic AI”, and several projects were presented:

Data-intensive science requires the integration of two fairly different paradigms: high-performance computing (HPC) and data science. HPC (including large-scale scientific computing) is computer-centric and model-driven; it focuses on high performance of simulation applications, typically using powerful, yet expensive and energy consuming supercomputers, whereas data science (including Machine Learning) is data-centric and data-driven; it focuses on scalability and fault-tolerance of web and cloud applications using cost-effective clusters of commodity hardware. The convergence between HPC and data science or, in its simplest form, big data, has been a recent topic of interest. Such convergence will include for instance, the simulations of physical problems modeled by partial differential equations (PDE) systems that in turn generate a huge amount of data. Another example is combining ML with simulation, which requires a change from typical datasets to scientific datasets, making scientific runtime data analysis necessary for monitoring the ML life cycle. One of the challenges when working with physics-aware ML is to reduce the training cost. This convergence is already at the heart of ongoing research and development activities in the context of joint projects between Brazilian and French researchers. It is also driving the recently launched Center of Excellence in Digital Transformation and Artificial Intelligence of the State of Rio de Janeiro.

The European project RISC2 aims to create a network to support the coordination of High-Performance Computing research between Europe and Latin America. Its main goal is exploring the real and potential impact on HPC, namely in coping with the growing environmental and scientific challenges and, therefore, in the economies of Latin America and Europe. Gathering key European HPC actors to encourage stronger cooperation between their research and industrial communities on HPC applications and infrastructure deployment. The results of the RISC2 project will promote the exchange of the best practices in HPC, in Europe and Latin America. The project also focuses on boosting Latin American HPC, promoting the interaction between researchers and policymakers in both regions and strengthening their connection, towards the definition of a coordinated policy and a concrete roadmap for the future. 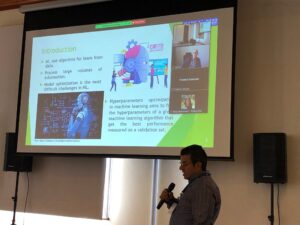 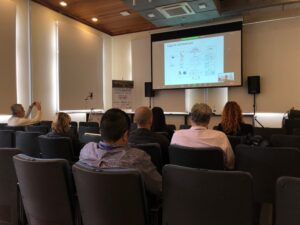 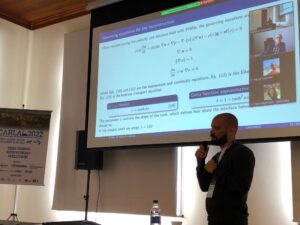 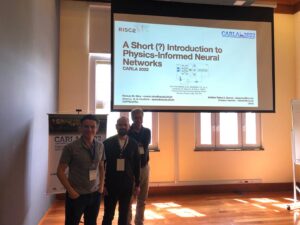 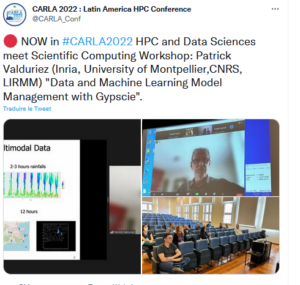