IEEE ETSN workshop will be held on Friday 28 June 2019

Abstract: This presentation will articulate the concepts, design and technologies enabling Network Slicing (NS) and Network Programmability (NP). NS and NP are both an old and new idea. While its scope and definition continue to evolve, there is reasonable level common understanding of the key central role it will play in future network and service delivery scenarios. The significant value of network slicing and network programmability will be seen in terms of practical solutions applicable to parts of the future network and as well as of dynamic and non-disruptive control, operation, deployment and scaling of network and network service functions at the edge, core and access.
This talk will address results & SoA in network slicing and programmability, requirements, use cases, standards, architectures, high performance execution environments and network management. This talk will conclude with identifying research and development challenges in NS & NP. 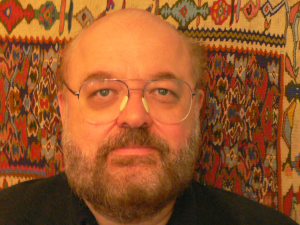 This keynote is technically sponsored by the EU-Brazil NECOS (Novel Enablers for Cloud Slicing) project: http://www.h2020-necos.eu.

Biography: Alex Galis is a Professor in Networked and Service Systems at University College London (UCL) – www.ee.ucl.ac.uk/~agalis/. His current interests are on 5G and beyond 5G networking, software defined infrastructure and services, AI and networking, virtualization and softwarization, network and cloud programmability and management. He has co-authored more than 250 publications inclusive of 10 research books in the future Internet areas: networks and services, management, AI and networking, networking clouds, softwarization, virtualization and programmability (e.g. research book ”Programmable Networks for IP Service Deployment” ISBN 1-58053-745-6, pp450, Artech House Books, http://www.artechhouse.com/International/Books/Programmable-Networks-for-IP-Service-Deployment-1017.aspx.) He has contributed to 8 ITU-T standards on Future Networks and 5G Networks, 1 ETSI specification on network slicing and he has worked on 15 IETF drafts on network slicing. He has been a co-principal investigator at UCL on a number of EU research projects with a total UCL budget of more than 12 M£, including overall technical leadership of the MISA – Management of IP networks, FAIN – programmable networks, CONTEXT – context aware networking, AUTONOMIC INTERNET – autonomic network and NECOS – Novel Enablers for Cloud Slicing projects. He was a member of the Steering Group of the Future Internet Assembly (FIA) and he led the Management and Service–aware Networking Architecture (MANA) working group at FIA. He acted as PTC/ keynotes/ panels/ workshops co-chair of 39 IEEE conferences and reviewer in more than 200 IEEE conferences and journals. He is a co-editor of IEEE Communications Magazine series on Telecom Software, Network Virtualization, and Software Defined Networks, IEEE JSAC series on Network Softwarization and Enablers, ETRI Journal published by Wiley and of the IEEE Communications Magazine feature topic on Advances in Networking Software. He is an International Academy, Research, and Industry Association (IARIA) Fellow (2011, https://www.iaria.org/fellows.html). He was selected as a Vice Chair of the ITU-T SG13 Group on Future Networking. He is involved in IEEE SDN initiative including co-chairing of the IEEE SDN publication committee.

Mohammad Riftadi and Fernando A. Kuipers (Delft University of Technology, The Netherlands)