The main goal of the HardBlare project is to propose an heterogeneous solution for embedded software security, featuring:

The first PoC (Proof-of-Concept) relies on debug components available in ARM processors (also known as CoreSight components). ARM processors allow us to transfer debug information to an internal memory (Embedded Trace Buffer) or directly to the FPGA through the Trace/Packet Output (TPIU) : 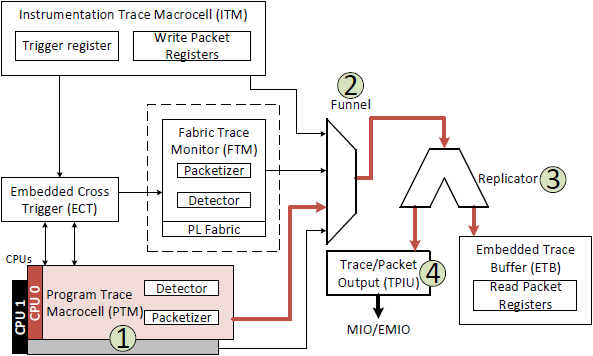 The concept is to use such components to export some data such as branching addresses to an FPGA coprocessor. Here is a representation on the PoC implementation: 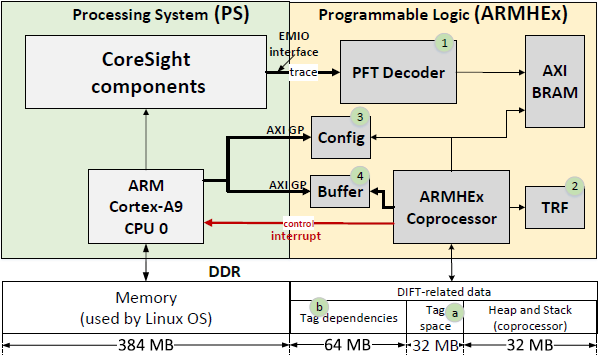 In order to do so, a static analysis must be performed to create annotations about the program behavior: 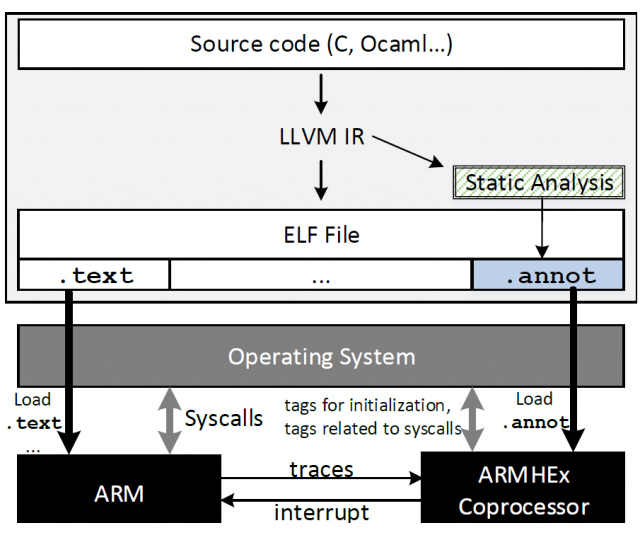 The PoC should be released as a complete framework including :

The Yocto Project is a Linux Foundation Collaborative open source Project whose goal is to produce tools and processes that enable the creation of Linux distributions for embedded software that are independent of the underlying architecture of the embedded hardware.