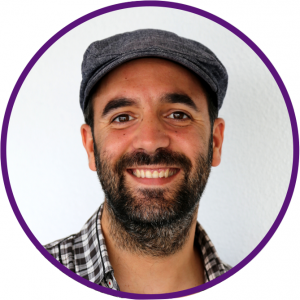 [PI] Dr. Xavier Alameda-Pineda is a Research Scientist at Inria, in the Perception Group. He obtained the M.Sc. (equivalent) in Mathematics in 2008, in Telecommunications in 2009 from BarcelonaTech and in Computer Science in 2010 from Université Grenoble-Alpes (UGA). He the worked towards his Ph.D. in Mathematics and Computer Science, and obtained it 2013, from UGA. After a two-year post-doc period at the Multimodal Human Understanding Group, at University of Trento, he was appointed with his current position. Xavier is an active member of SIGMM, and a senior member of IEEE. Xavier is the Coordinator of the H2020 Project SPRING: Socially Pertinent Robots in Gerontological Healthcare. Xavier’s research interests are in combining machine learning, computer vision and audio processing for scene and behavior analysis and human-robot interaction. 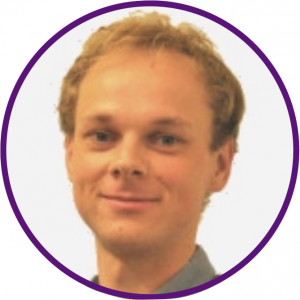 Dr. Chris Reinke started in 2020 as a postdoctoral researcher in the Perception group of INRIA Grenoble Rhône-Alpes. He received a Bachelor’s (2010) and Master’s (2012) Degree in cognitive science from the University of Osnabrueck (Germany) focusing on artificial intelligence and machine learning. During this time he joined as a research assistant the Neurocybernetics Lab (Prof. Dr. Frank Pasemann) supporting their research in the artificial evolution of neural network controllers for humanoid robots. He received his Ph.D. degree from the Okinawa Institute of Science and Technology (Japan) in 2018 where he was part of the Neural Computation Unit (Prof. Dr. Kenji Doya). He investigated an adaptive reinforcement learning framework that is based on findings about human decision-making processes. In 2018 he joined as a postdoctoral researcher the Flowers group (Dr. Pierre-Yves Oudeyer) at INRIA Bordeaux to investigate machine learning methods for the automated exploration of complex systems. 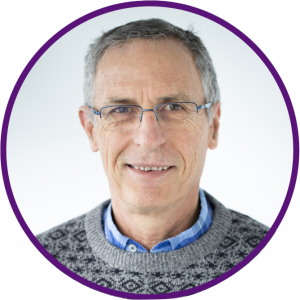 Dr. Radu Patrice Horaud holds a position of director of research at INRIA Grenoble Rhône-Alpes, France, since 1998. Previous to that, he was a post-doctoral fellow with the Artificial Intelligence Center of SRI International, Menlo Park CA, from 1982 to 1984, and a research scientist with CNRS Grenoble, France, from 1984 to 1998. He is the founder and director of the PERCEPTION team. Radu’s research interests cover computational vision, audio signal processing, audio-visual scene analysis, machine learning, and robotics. He is the author of over 200 scientific publications. Radu pioneered work in computer vision using range data (or depth images) and developed a number of principles and methods at the cross-roads of computer vision and robotics. In 2006, he started to develop audio-visual fusion and recognition techniques in conjunction with human-robot interaction. The European Research Council awarded Radu twice: in 2013 (ERC Advanced Grant VHIA, 2014-2019) and in 2017 (ERC Proof of Concept Grant VHIALab, 2018-2019). 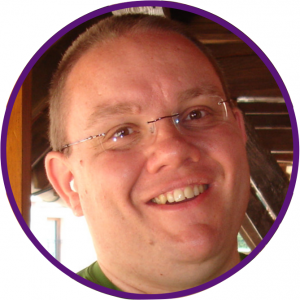 Prof. Dominique Vaufreydaz is Maître de Conférences — HDR (Associate Professor) in Computer Science at University Grenoble Alpes since 2005 and researcher in the Pervasive Interaction team of the LIG laboratory and Inria. He received his Ph.D. degree in 2002 about automatic language modeling using Internet documents for speech recognition. From 2002 to 2005, he was Postdoc fellow at Inria within the “Computers In the Human Interaction Loop” (CHIL) and the “Facilitating Agent in Multicultural Exchange” (FAME) EU Projects, working on distributed multimodal signal processing for smart environments. His current research interests are about multimodal perception and sociable interaction with people and/or groups of people. This research could be applied to sociable robot companions, autonomous cars, smart spaces or any interactive systems involving people. 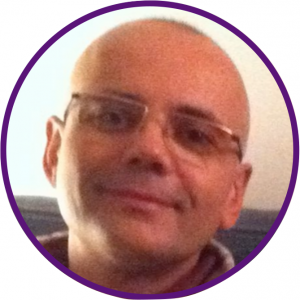 Prof. Laurent Girin received the M.Sc. (1994) and Ph.D. (1997) degrees in signal processing from Institut National Polytechnique de Grenoble (INPG), France. In 1999 he joined Ecole Nationale Supérieure d’Electronique et de Radioélectricité de Grenoble, as an Associate Professor. Currently he is a Full Professor at Physics, Electronics, and Materials Department of INPG, where he lectures signal processing theory and applications to audio. His research activity is carried out at GIPSA-Lab (Grenoble Laboratory of Image, Speech, Signal, and Automation). It deals with speech and audio processing (analysis, modeling, coding, transformation, synthesis), with a special interest in multimodal speech processing (e.g. audiovisual processing, articulatory-acoustic modeling, etc.) and speech/audio source separation. Prof. Girin is currently the Head of the Speech and Cognition Pole at GIPSA-lab (one of the four scientific departments of GIPSA-lab). He is also a regular collaborator of the Perception team at Inria Grenoble. 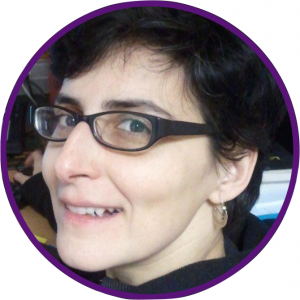 Dr. Soraya Arias is a research engineer in computer science at Inria Grenoble Rhône-Alpes, France, since 2002. Previously she received a PhD degre (in 1999) on integrated architecture for computer vision from Nice University (France). She works for Inria Perception team since 2012. She develops software for real time systems such as robotic platforms. Her interests are focused on software architecture and robotic middleware.