For more informations about the program and submissions 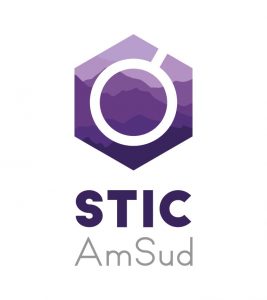 Dylo-MPC (Dynamic Logics: Madel Theory, Proof Theory and Computational Complexity) as STIC AmSud project strengthen the collaboration between the UFRJ (Universidade Federal do Rio de Janeiro, Brazil), the UNC (Universidad Nacional de Cordoba, Argentina), and  The project is run by Mario Roberto Folhadela Benevides on the Brazilian side, Lutz Strassburger and Stéphane Demri for the French one. It will be carried out from 2020 to 2022.
The project relates to the dynamic logics of Model Theory, Proof Theory and Computational Complexity. More specifically, it aims at improving the understanding of a new family of modal logics called dynamic logics.

SAQED (Scalable Approximate Query Evaluation on Document Inverted Files for GPU based Big-Data Applications) STIC AmSud project is the result of a collaboration between  , the USACH (Universidad de Santiago de Chile) and the UFSC (Universidade Federal de Sao Carlos, Brazil). It has started in 2020 and will end in 2022.
The objective of the project is to collaborate on the development of an improved parallel version of the WAND ranking algorithm using the heterogeneous power of GPUs and CPUs to perform document evaluation on massive collections of documents in a scalable and efficient way.

ADMITS (Architecting Distributed Monitoring and Analytics for IoT in Disaster Scenarios) is the STIC AmSud project is born from a collaboration between the UFRN (Universidade Federal do Rio Grande do Norte, Brazil), the UDP (Universidad Diego Portales, Chile) and the USM (Universidad Técnica Federico Santa María, Chile), the UDELAR (Universidad de la República, Uruguay) and Sorbonne University, LIP6 and DELYS Inria Project-Team in France. It will last from 2020 to 2022.
This project is aimed at developing algorithms, protocols and architectures to provide a distributed computing environment to support monitoring, failure detection and analysis of IoT disaster scenarios.

GALOP (Graphs Algorithms for Optimization Problems) is the STIC AmSud project which results of the collaboration between the UFC (Universidade Federal do Ceara, Brazil), the UAI (Universidad Adolfo Ibáñez, Faculty of Engineering and Sciences, Chile) and COATI Inria Project-Team in France. It started in 2019 and ends in 2020.
The main goal of this collaboration is to study the Computational Complexity of several important problems arising in networks (routing, resources assignment…). In particular they will focus on the computation of metric or structural properties and parameters of large networks (e.g., transportation and social networks…).

ARGO (Algebraic Real Geometry and Optimization) is the MATH AmSud project which results of a collaboration between the UBA (Universidad de Buenos Aires, Argentina), the UFC (Universidade Federal do Ceara, Brazil), the UC (Universidad de Chile, Chile), the Mathematics Laboratory LAMA, Polytechnique University and TROPICAL Inria Project-Team (France). The project has begun in 2020 and will last until 2022.

SARC (Algebraic Real Geometry and Optimization) is the MATH AmSud project resulting of the collaboration between theUAI (Universidad Adolfo Ibañez, Chile), the USP (Universidade de Sao Paulo, Brazil), the UDELAR (Universidad de la Republica Uruguay), the UNR (Universidad Nacional de Rosario, Argentina) and the Inria Project Team DIONYSOS led by Gerardo Rubino. It started in 2019 and ended in 2020.
This project focused on two main issues in the field of rare events analysis in multi-component systems with dependent components. This first one is to study existence and uniqueness of solutions of SDE and the law of the solution stochastic differential equations driven by fractional Brownian motion with non-regular coefficients- In particular, they were interested in the study of the properties of the density when the stochastic differential equations has a discontinuous coefficient or are of the power type. The second part of the proposal is deal with the Bayesian, parametric and non-parametric estimation of the parameters some statistical models related to stochastic differential de driven by fractional Brownian motion with non-regular coefficients.