In 2013, 85% of the peach production in the Mendoza region (Argentina) was lost because of frost. In a couple of hours, farmers can lose everything. Handling a frost event is easy, but you need to detect when it happens.
Read more

Our system is deployed in the Mendoza region in Argentina, feeding sensor data into our frost prediction models.
Read more

Sensor measurements and network statistics are available to our frost prediction models seconds after they have been acquired.
Read more

The PEACH system predicts frost events, and alerts farmers hours before they happen. If such as warning system were in place in 2013, 85% of the crop could have been saved.
Read more

Watch the French version of the video.

Farmers can lose everything in a couple of hours 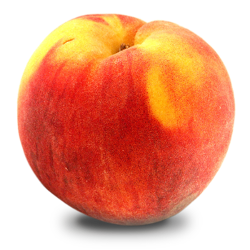 In 2013, 85% of the peach production in the Mendoza region (Argentina) was lost because of frost. Because less fruit was produced in the region, 600.000 less work days were needed to process the harvest between November 2013 and March 2014, a reduction in work force of 10.600 people. Across the Mendoza region, frost has caused a loss of revenue of 950 million Argentine pesos roughly 100 million USD in the peach business alone.
A frost event happens when the temperature is so low that the crops cannot recover their tissue or internal structure from the effects of water freezing inside or outside the plant. For the peach production, a critical period is when the trees are in bloom and fruit set (Aug./Sept. in Mendoza), during which the temperature needs to be kept above 3° C. Even a few hours below that temperature causes flowers to fall, preventing fruits to grow. 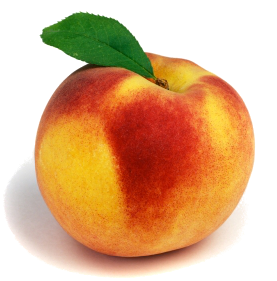 The goal of the project is to predict frost events in peach orchards by using dense monitoring using low-power wireless mesh networking technology. Off-the-shelf commercial solutions are available today which offer >99.999% end-to-end data reliability and a decade of battery lifetime. We deploy low-power wireless mesh networks of temperature, relative humidity and soil moisture sensors directly into the orchard. We use machine learning and pattern recognition to build a micro-climate predictive model by continuously analyzing the gathered sensor data in real time, and issue early frost warnings. 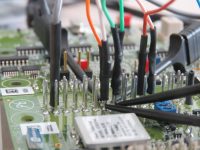 During the Visit to Paris, Diego Dujovne developed the first version of the firmware for the Peach Orchard nodes. This firmware is aimed to support four SHT-31-D Temperature/Humidity sensors per node, connected to a I2C bus. 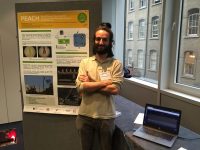 Congrats to Keoma for being the runner-up IEEE SECON 2016 Best Demo Award with Save the Peaches!

We finally received the first sensors ! The team in Argentina is starting to test the SHT31 temperature and humidity sensor. The sensor is sold by Adafruit and is integrated into a board: https://www.adafruit.com/products/2857 We will soon be able to measure temperature with a 0.3°C accuracy and relative humidity at… 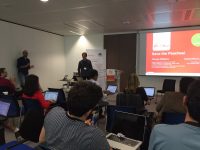 Tomorrow, Keoma Brun-Laguna will present the PEACH project during the annual Math exhibition in Paris. The presentation will be held this Saturday 28th of May, for 1 to 4P.M, place St Sulpice in Paris 6th district. Venez nombreux ! More information at https://www.inria.fr/en/centre/paris/calendar/17eme-salon-culture-et-jeux-mathematiques

15 April 2016, Mendoza, Argentina. It’s alive ! We started the day early to make sure everything worked fine at the end of the day. We were nicely rewarded by a wonderful view of the sunrise above the “pre-cordilleras”. As promised, the INTA team had installed 20 5m poles between… 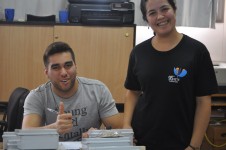 13 April 2016, Mendoza, Argentina. Today was testing day! We went to INTA Junin and met with Javier who nicely spent time with us explaining his work on frost and salt resistances with fruit trees. We performed several connectivity tests, outside and inside the orchards to get more insights about…

12 April 2016, Mendoza, Argentina. Thomas and Diego left Mendoza yesterday to return to their respective labs. The local team is now following the work, starting by cutting wood in pieces, fixing those pieces onto the boxes and making sure they don’t move. Yes, those motes are being very agitated so…