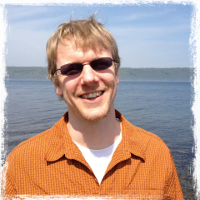 ABSTRACT: TBA
BIOGRAPHY: Doug L. James is Associate Professor of Computer Science at Cornell University. He holds three degrees in applied mathematics, including a Ph.D. in 2001 from the University of British Columbia. In 2002 he joined the School of Computer Science at Carnegie Mellon University as an Assistant Professor, then in 2006 he became an Associate Professor of Computer Science at Cornell University. His research interests include computer graphics, computer sound, physically based animation, and reduced-order physics models. Doug is a recipient of a National Science Foundation CAREER award, and a fellow of both the Alfred P. Sloan Foundation and the Guggenheim Foundation. He recently received a Technical Achievement Award from The Academy of Motion Picture Arts and Sciences for “Wavelet Turbulence,” and the Katayanagi Emerging Leadership Prize from Carnegie Mellon University and Tokyo University of Technology.