Tribute to our colleague and friend Artur Ziviani (March 25, 2021) 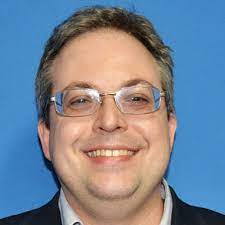 With great sadness, we announce that Artur Ziviani passed away on March 24, 2021, another victim of this global health crisis plaguing humanity. Artur was a Senior Researcher at LNCC-Brasil and Coordinator of the LNCC Graduate Program, and a young fellow at the Brazilian Academy of Sciences.

Artur received his PhD in Computer Science from Université Pierre et Marie Curie (Paris 6) at LIP6 laboratory, France, where he was also a professor during the 2003-2004 academic year. Artur was an outstanding researcher, very involved with the development of research in Brazil and its dissemination abroad. He was always smiling and recognized for his extreme efficiency, great dynamism and strong technical expertise. With network science as its leading research topic, one of its significant results was developing models for multi-scale and time-varying graph problems, with applications in a wide variety of problems, from biodiversity to mobility.

Artur’s career has had a fundamental impact on the current new era of collaboration between Inria and LNCC. The years of collaboration and participation in the STIC AmSud projects in which Inria and LNCC took part (in collaboration with Aline Vianna, Eric Fleury and Marton Karsai) and Artur’s participation in the “Covid mission” launched in 2020 by Inria (titled SafeCityMap) are examples of Artur’s contributions to the new stage of Inria-LNCC relationship. He also organized with Fabio Porto and Patrick Valduriez the VLDB International Conference held in Rio de Janeiro in 2018, acting as sponsor chair.

Arthur will be sorely missed. Our thoughts are with his family and, in particular, with his wife Ana Paula and their two children.